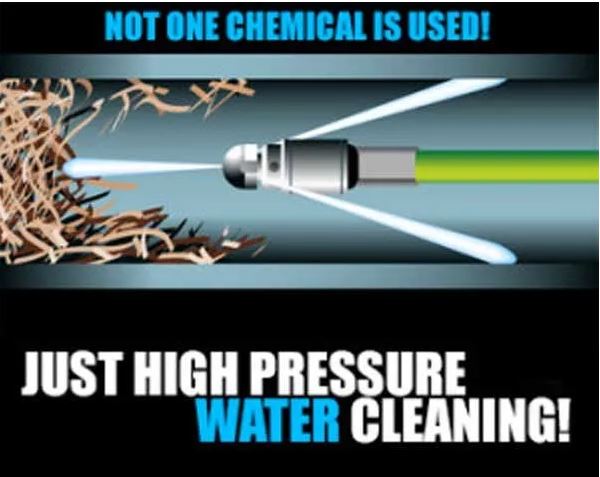 Why you should consider high pressure cleaning your pipes

Over the years, layers of things such as grease can form in pipes which leads to efficiency being lowered as well as the growth of bacteria. With high pressure cleaning, the inside of the pipes are hit with water that is very high in pressure. The process of high pressure cleaning the pipes even causes the most hard to remove blockage to be washed away which can take care of years of build-up.

High pressure cleaning is a safe method to clean out pipes no matter the type of drainage system used. It is a fast process that also makes pipes run as if they were new. The process is guaranteed to effectively clean out pipes because it hits every part of the pipes. Cleaning methods that use chemicals, for example, have a chance of missing parts of a blockage and could also cause serious damage to the pipes.It works great for long distances too. No matter where the machine is placed, the nozzle’s amount of water pressure, as well as the ability of cleaning the pipes never changes. That distance means that a hose that is around 150 meters would work as well as a hose that is much shorter.

Drain pipes that are made out of cast iron as well as very old pipes can can make it so that it is easier for damage to happen. That process makes it easier for any type of debris to become stuck in the pipes far easier. High pressure cleaning can even return these types of pipes to a much better condition.

The jets that are used can be moved to face any direction that is needed for each type of pipe. The water pressure can be lessened in order to not damage pipes that are very delicate. The person who operates the equipment will determine the right settings based on the type of blockage.

Have a blocked drain in the North Shore area? Get it resolved now by calling Tai Irwin Plumbing at 02 9451-1863.

PrevPreviousSigns Your Hot Water Service Needs Maintenance
NextBenefits Of An Annual Leak Detection Service CallNext
I just wanted to say how impressed I was with James who undertook the works at our house the other day. He was on time, very polite and professionally presented. He completed the works in a timely manner with no disruption to us at all and rang me to let me know when he was finished. You have clearly got a good recruitment and training policy in place!
— Nov 08, 2017 by Connor Walsh
May I say thank you to you, Will and Bert, for the speed, efficiency and professionalism in dealing with the emergency leak problem at Waratah Street. You know I was very stressed about the problem and you all dealt with it so easily and allayed any fears and stress I had. Again, thank you and I will certainly recommend Tai Irwin Plumbing to everyone I speak with and will use you again should the need arise.
— Nov 12, 2016 by Carolyn Hewett
Chris the plumber came to see us today and has done a wonderful job. His service and workmanship was professional and top quality. I would not hesitate to recommend him as a plumber to anyone. Genuine and polite, above and beyond is just a few of his many good qualities as a tradesman. Well done to him. Please pass on this email to his employer. Thank you for your prompt action in handling this matter. We really appreciate it.
— Oct 17, 2016 by Shami and Shamshi Barkho
Previous
Next
Call us on
02 9986 1880