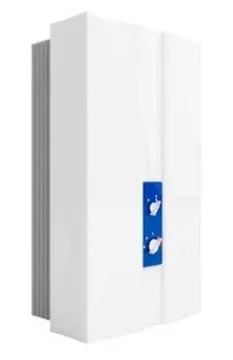 Tankless hot water heaters are rapidly becoming common in many new homes. Quite different from the more common tank storage hot water heaters, there are strong arguments on both sides of the debate as to which model is best. Efficiency and economy are the two main areas of interest when considering whether to go tankless. The Efficiency of tankless hot water heaters is an issue of some debate. The most celebrated benefit of tankless systems is their ability to provide hot water instantaneously. When the unit is called upon to give hot water, the igniter fires to produce enough heat to provide the desired temperature. One knock against these systems is that they sometimes do not fire if the water demand is really low. Also, the elapsed time before the water gets hot enough may be longer than desired because the unit is determining how much heat is needed to reach the desired temperature.

Economy is another major influence on this decision. Tankless hot water heaters are more expensive initially and require more setup cost. At an average of three to four times more than a traditional storage system, the savings that is advertised is long term. Some studies have been done that suggest a savings of about $75.00 per year in electricity.

One major benefit of the tankless system is that it is gas-powered. Gas burns hotter, so the water can be heated quickly even during loss of power. Of course, not having access to natural gas would limit the consumer to propane use, but many tankless systems are set up to be used with either.

Storage tank systems have been used effectively for years, and many people will continue to use them. As tankless systems become less expensive and require less maintenance, they may be utilized more. The ability to produce hot water in larger quantities for longer time periods is certainly appealing, but it is important to weigh out the benefits for each situation, especially if finances are an issue.

PrevPreviousSigns Your Garbage Disposal Needs Maintenance
NextSigns Your Hot Water Service Needs MaintenanceNext
I just wanted to say how impressed I was with James who undertook the works at our house the other day. He was on time, very polite and professionally presented. He completed the works in a timely manner with no disruption to us at all and rang me to let me know when he was finished. You have clearly got a good recruitment and training policy in place!
— Nov 08, 2017 by Connor Walsh
May I say thank you to you, Will and Bert, for the speed, efficiency and professionalism in dealing with the emergency leak problem at Waratah Street. You know I was very stressed about the problem and you all dealt with it so easily and allayed any fears and stress I had. Again, thank you and I will certainly recommend Tai Irwin Plumbing to everyone I speak with and will use you again should the need arise.
— Nov 12, 2016 by Carolyn Hewett
Chris the plumber came to see us today and has done a wonderful job. His service and workmanship was professional and top quality. I would not hesitate to recommend him as a plumber to anyone. Genuine and polite, above and beyond is just a few of his many good qualities as a tradesman. Well done to him. Please pass on this email to his employer. Thank you for your prompt action in handling this matter. We really appreciate it.
— Oct 17, 2016 by Shami and Shamshi Barkho
Previous
Next
Call us on
02 9986 1880